The East Meadow Veterinary Center, the most recent edition to our practice group, can trace its roots back to Bayside circa 1939. That year saw the opening of the North Shore Animal Hospital, by my grandfather, Dr. Robert Ferber, shortly after his graduation from the College of Veterinary Medicine at Cornell University. The practice was one of only a few companion animal hospitals in the area of northeastern Queens. After only a few years in operation “Dr. Robert” had to close the doors temporarily in order to serve in the Army Veterinary Corps during the Second World War. After his discharge, he and his brother Dr. Leonard, also a Cornell graduate and service veteran, re-opened the practice at a new location in Bayside. In 1970 after graduation from Cornell, Dr. Alan Ferber joined in the family practice and served as its director until his retirement in 2003. In 1996 Dr. Michael Ferber, also a Cornell graduate, continued the tradition at the North Shore Animal Hospital. In 1999 Dr. Robert Foley, a close friend of Dr. Michael’s from their undergraduate and veterinary college days, joined the practice. Dr. Ronald Rosen is the current director of the North Shore Animal Hospital.

Being Long Island natives, my wife and I wished to move back and raise our daughters here. Several years after making the move back Nassau county, I made the decision to open an office close to home. 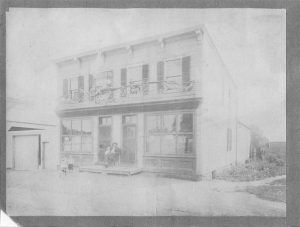 This is a picture of the building that originally housed the North Shore Animal Hospital. My grandfather (Dr. Robert – aka Gramps) found this photo mounted on a piece of cardboard in the building when he was working. He kept it all these years, and now its home is with us at the East Meadow Veterinary Center. The building still stands on Northern Blvd in Bayside, although the dairy farms across the street are, unfortunately, long gone. I love these pictures because it is in these buildings where my grandfather practiced with a philosophy that he passed down to my father, who in turn, gave it to me. 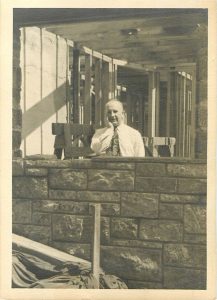 Dr. Robert Ferber shown here during the construction of the North Shore Animal Hospital. The hospital remained in this location until 2011. Off to the side where you can’t see him, a little Alan Ferber – future veterinarian – is playing in the construction site.